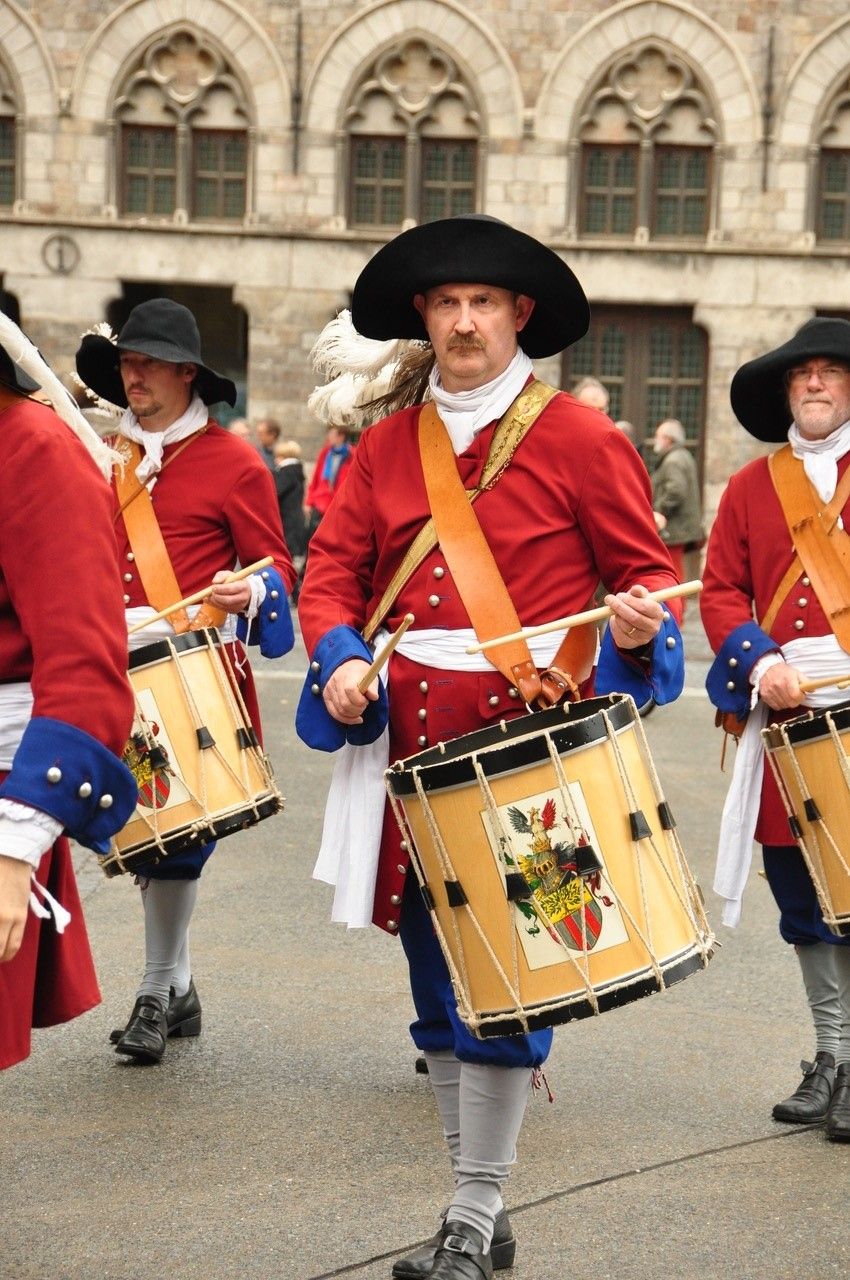 Hans Quaghebeur started to take music lessons at 9 years of age. He played the piano. At 15, he got interested in traditional music and took up the diatonic harmonica, the hurdy-gurdy, and Flemish bagpipes (amongst others).

In 1987 he founded the Trommelfluit band. He wanted to revive the old music that was played in processions and parades. He recruited about 30 fellow folk musicians who started playing fife and drum, alongside their usual instrument.
The repertoire was found in old Flemish manuscripts from 17th - 19th century.
As traditional drumming was close to extinction in Flanders, he sought inspiration in the two remaining drumming traditions in the southern (French speaking) part of the country: the drummers that accompany the “Gilles de Binche” and the Napoleonic tradition of the “Marches d’entre Sambre et Meuse”. He later discovered the traditional rudimental drumming in American drumming methods, and in the Swiss tradition.

The uniform of the band is a copy of the Swiss regiment Salis de Zizers which entered the town of Ypres in 1678 with Louis XIV when te town was taken any the French army.
The drums are modelled after 17th century drums, and made by Sonorus in Brussels, one of if not the last professional drummaker in Belgium. The fifes (in D) are modelled after old examples by Herman De Wit, a band member, and professional instrument maker.

His aim, (and dream), is to start a, or a couple of drumming schools in Flanders, to pass on the tradition to the next generation.