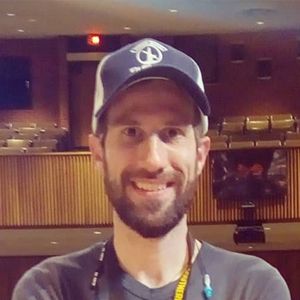 Damián works as a rudimental snare and drumset teacher. He directs the group SER RUDIMENTAL, along with Samanta Casarramona Denkberg and Gustavo Olech. This project incorporates other musicians from the region, like Lisandro Parada and Luciana Garófalo, and develops artistic and educational objectives; #sharethetradition.

Their compositions mix the language of rudimental drumming with textures and ideas that can vary between the folk music of his country and other influences.

In 2019, SER RUDIMENTAL, performed in the Drummers Heritage Concert at the PASIC in the USA, as well as in the Virtual SIRD global show, with lots of other groups from all over the world.

This group is currently working together with rudimental drummers from Chile, like Agustin Faundez, Franco Peña and Magdalena Pacheco, and they founded SER RUDIMENTAL Chile, with the objective to make grow a new rudimental drumming community in that region.

Damián started playing the drums at a very young age, and he took lessons with great drummers like Pablo Menegozzo, who motivated Damian to be a professional musician, Andrea Alvarez, Christian Faiad, “Pepi” Taveira and Sebastián Hoyos.

He spent a lot of time working as a drummer and then, Sebastián Hoyos, started to teach him rudimental technique, to improve his knowledge on the drums.

In 2010, Damian and other drummers, created the group called “Tambores Argentinos'', which was the first drumline in Argentina that played American styles and a new hybrid one.

In 2013, John Wooton, who supported and helped this group from the beginning, invited them to the “Summer Drumming Campus” at The University of Southern Mississippi in the USA, and afterwards, John started teaching Damian through online lessons.

At that moment, Damian spent time holding clinics and workshops and also performing with the snare duo with Samanta Cassarramona.

In 2018, he started taking lessons with Mark Reilly and he was invited to visit The Old Guard Drum Corp in Fort Myer, Washington, in order to acquire more knowledge about traditional USA rudimental style. After that, he flew to Mississippi to have his second participation in John Wooton’s  “Summer Drumming Camp”.

Two months later, he attended the 2nd International Rudimental Drummers Symposium in Paris, and during that event the SIRD was founded. Thus, he began to be an Argentinian representative, always trying to be ready to help that Society in every decision they make.

Damian lives in Buenos Aires, Argentina. He enjoys playing football, reading and talking about life-drumming philosophy. He is a dreamer who loves playing, learning and teaching. He considers himself really passionate about the communication with other musicians from other cultures.